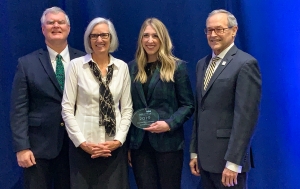 The campaign secured 5-Year budgets for the three GSAs while increasing transparency between the agencies and their landowners.

The award honoring exceptional communications and outreach programs developed and run by California water agencies was presented during the 2019 ACWA Fall Conference and Exhibition in San Diego on December 4, where water professionals are gathered for programs and panels on California’s critical water issues.

It’s that time of year again…join us IN the Kings River for the...

Here’s why you may have seen something strange swimming in the Kings ...
Scroll to top
Skip to toolbar