Overgrown brush and spreading of invasive species combined with illegal dumping of trash and debris that gets deposited into the river during flood events are a threat to communities and farmlands near the Kings River. That’s where this project comes in. The Department of Conservation shared details about the Kings River Conservation District Channel Improvement Project in their press release: 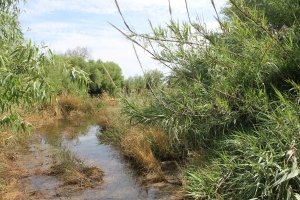 Work will include the removal of invasive species, like Arundo (false bamboo) along the river bank and channel.

The partners will remove invasive species and debris from the 2,500 acres of levees and riverbank along the Kings River, allowing efficient conveyance of flood water. Woody species cleared from the levee system will be chipped and applied as mulch, saving an estimated 1,610 tons of carbon emissions. Planting native species will provide flood protection to adjacent farmlands, help maintain river levees to protect farmland from inundation, and allow the efficient delivery of water to downstream users.

These conservation grants for watershed restoration and conservation projects are the first of their kind. Including KRCD’s award, grants totaling up to $2 million were awarded to three additional recipients in Marin, Sonoma, and Ventura counties. KRCD is honored and excited to use this funding to carry out this channel improvement project, protect our natural resources, and enhance the protection of surrounding communities and farmlands from flooding.

Kings River CD ·
@kingsrivercd
All of us at KRCD wish you a happy Thanksgiving tomorrow with friends and family! 🍂🍁 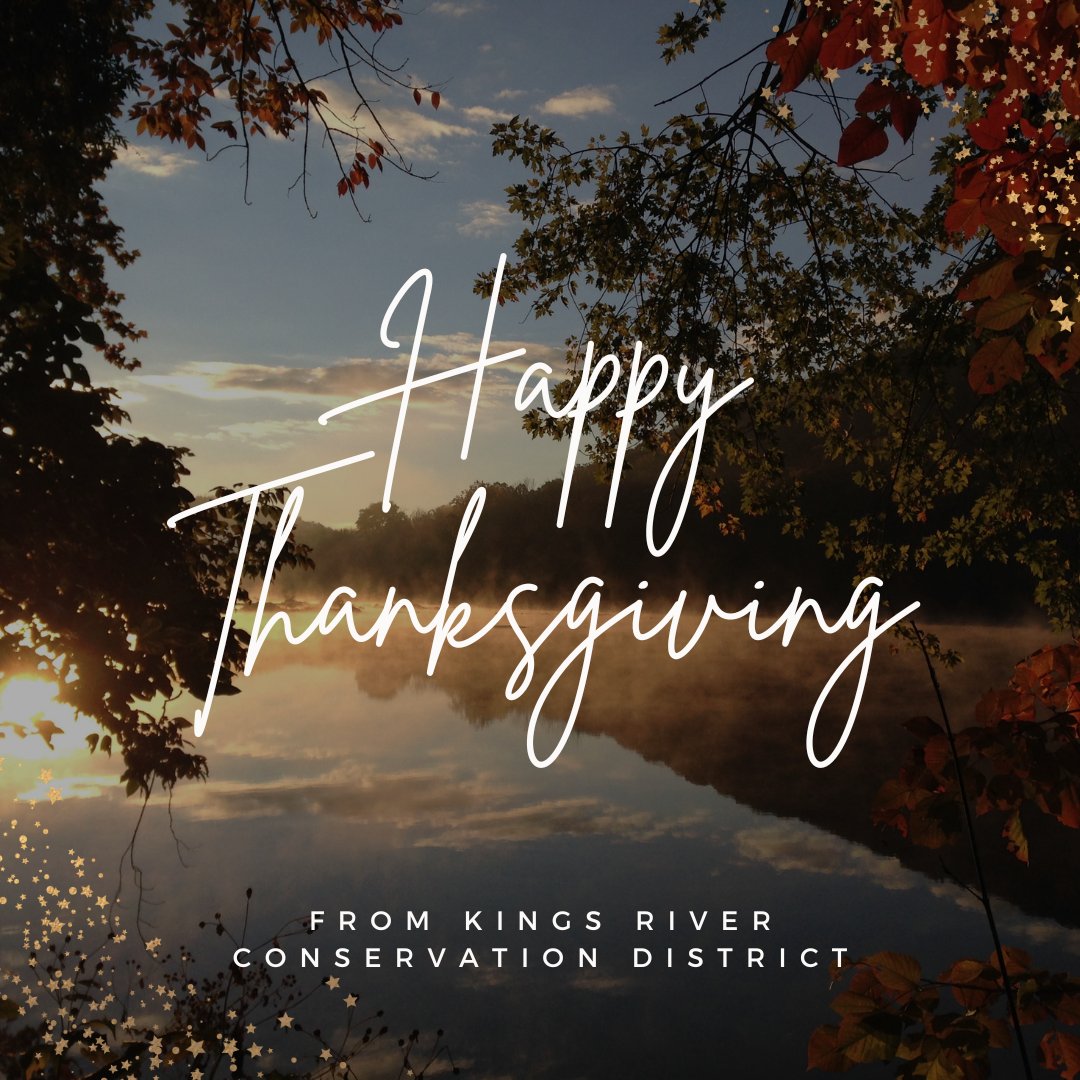 Kings River CD ·
@kingsrivercd
Happy Friday! This is a reminder that we are recruiting volunteers to participate in our Annual Fish Population Survey on the Kings River! 🎉🐟

If you have any questions about volunteering, please call Lori Werner at (559) 237-5567 ext. 122 #KingsRiver #Volunteer #FishSurvey https://t.co/ZZMbBlWj3v
View on Twitter 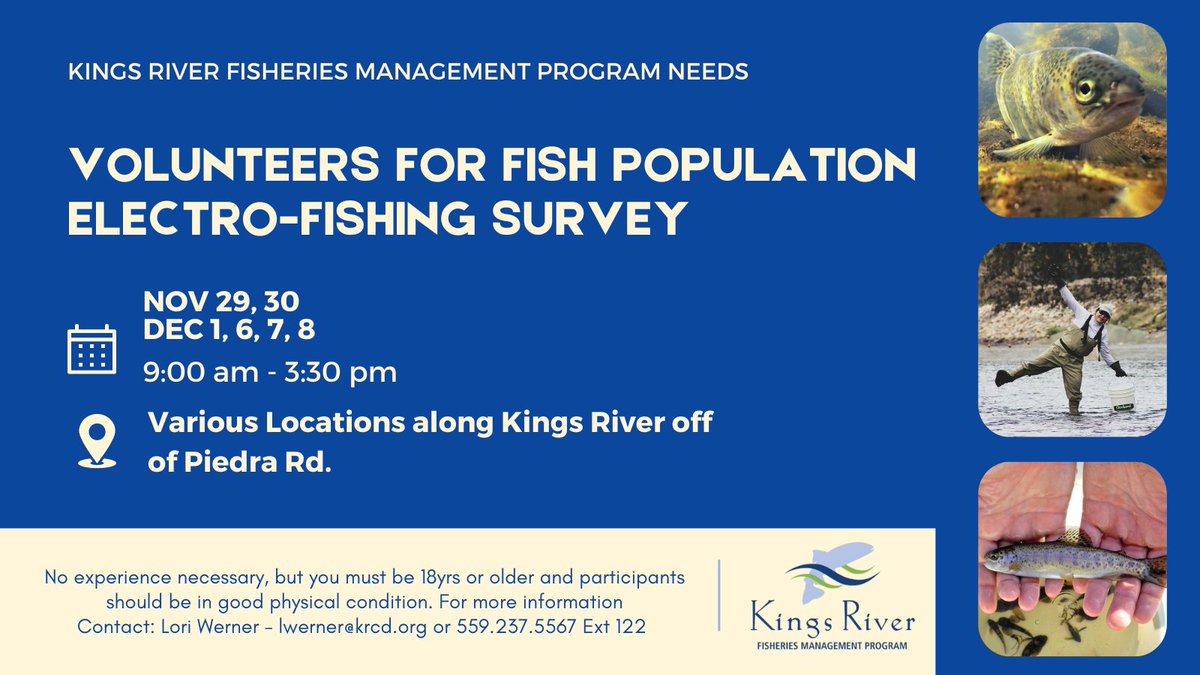 Kings River CD ·
@kingsrivercd
Thank you Congressman Valadao for letting us join the conversation during the #CentralValley Water Tour! 💧